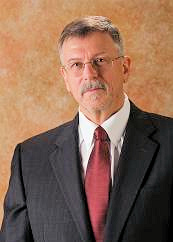 Incumbent Director John Robert Stratton, N5AUS, defeated challenger Madison Jones, W5MJ, to be re-elected as Director of the West Gulf Division, based on results from ballot tabulations on Friday, November 15, in the 2019 ARRL Board of Director elections. The vote was 2498 for Stratton and 1,405 for Jones.

All candidates having no opposition were declared elected at the close of the nominations period.