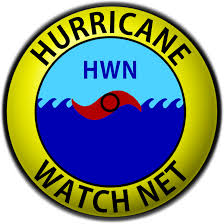 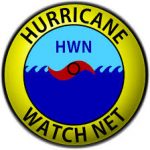 The Hurricane Watch Net (HWN) is keeping a close eye on three systems — Hurricane Teddy, Tropical Depression 22 (TD 22), and newly formed Tropical Storm Wilfred. For the remainder of 2020, named storms will come from the Greek alphabet, starting with Alpha. In fact, a sub-tropical storm named Alpha has formed near the coast of Portugal, but it is expected to be short-lived, according to the National Hurricane Center (NHC).

As of 1500 UTC, Hurricane Teddy was a Category 4 hurricane with maximum sustained winds of 130 MPH with higher gusts. It was located about 885 miles southeast of Bermuda, which already took a hit earlier this week from Hurricane Paulette. Watches may be required for Bermuda later today or tonight. Teddy may affect eastern Canada on Tuesday afternoon.

At 1500 UTC, the NHC began issuing advisories on newly formed Tropical Storm Wilfred. This storm was located about 630 miles west-southwest of the Cabo Verde Islands, with maximum sustained winds of 40 MPH. Wilfred should not pose a problem for anyone other than shipping lanes. This system is currently forecast to dissipate within 96 hours.

Tropical Depression 22 is going to be the system to watch. At 1500 UTC, it was located about 275 miles east-northeast of Tampico, Mexico, and about 255 miles southeast of the mouth of the Rio Grande. TD 22 currently has maximum sustained winds of 35 MPH and is moving to the north-northeast at 7 MPH, forecast to become a tropical storm on Saturday. Late Saturday or early Sunday, this system is expected to turn slowly to the west. TD 22 is forecast to become a Category 1 hurricane on Sunday, but weaken to a tropical storm on Tuesday.

“However, as we’ve come to know, things can and usually do change. So, residents along the Texas coast, and perhaps Louisiana, should keep a close eye on the progress of this system,” Graves advised.

The HWN at mid-week had completed 71 continuous hours of activation for Paulette and Sally. The net’s primary frequency is 14.325 MHz.