In the only contested Section Manager election this spring, ARRL members in Utah have re-elected Mel Parkes, NM7P, as Section Manager for a new 2-year term of office that starts on July 1. Parkes, of Layton, received 481 votes; his opponent, Pat Malan, N7PAT, of South Jordan, received 233 votes. Parkes has served as Section Manager since 1999. Ballots were counted and verified at ARRL Headquarters on May 21. 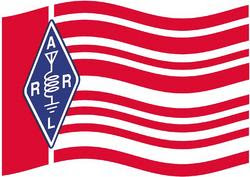 Elsewhere, John Gotthardt, K1UAF, of Wolfeboro, will become Section Manager of New Hampshire on July 1. He was the only nominee for the post after New Hampshire Section Manager Pete Stohrer, K1PJS, of Concord, decided not to run for a new term after serving since 2013. Gotthardt is currently the Section Traffic Manager and also serves as Net Manager and Official Relay Station.